WE aint Scared any more

The reason  support for Jeremy Corbyn
is and remains strong throughout Labour
supporters,

Is simple project fear dont work any more
it failed against the nats and having seen it
fail we all know how it works and what it leads to.

We dont want Torylite or Toryheavy
we want a real Labour party which fights
for the ordinary peoples in all walks
of life who want a fair decent  society.

yet when after the ‘Great betrayal’
by Ramsay MacDonald in 1931 the Labour
party unlike what is being advocated
today stayed true to their beliefs.
and from that  defeat eventually
built a society of social security for
all.

If we had the present leadership of the
Labour party at that time the idea of social
security would of been strangled at
its birth.

WE aint Scared any more

for a better tomorrow 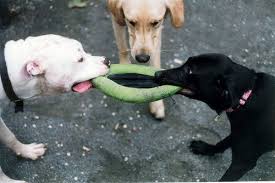 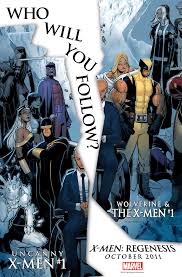 The problem with the Corbyn strategy

(Or whats wrong with Labour)

A Labour party preaching anti-austerity might find self-satisfaction in being right, but it is naive to imagine that this will lead to victory

So you are right but thats not important you must get elected so
you adopt and carry out polices you do not agree and which
are clearly the wrong polices.

Corbynites have a ready answer: if we say it they will come. According to them, a resolute anti-austerity position will draw back to Labour those who voted Green, SNP, UKIP, and perhaps even Conservative in 2015.

Or we can work together with those who share our common ideas
and objectives.surely its more important the policys are won
rather than who is in power to ensure the common policys we
all share are implemented .

Ah ! you see thats were the nub of the problem is the thornry old nub
as Father was wont to say far to many middle class and those aspiring
to middle class status. (look at the rich  New Labour Grandees )
regard the Labour party as a vehicle to becoming upwardly mobile
and an entry into the world of the wealthy and powerful.

Corbyn in 2015 (like Benn in 1981) proposes what political scientists call a ‘preference shaping’ strategy. Instead of ‘preference accommodation’ – that is, finding out what voters want and trying to convince them Labour is best qualified to deliver it – the left wants to change what voters want, to persuade them that an anti-austerity party is in their best interests.

What they wish to do is gain power as quick as possible and so have no
moral or political goal other than personal advancement and see stealing
the clothes of any currently winning political party as the way to do it.

The problem with this amoral behaviour is that Hitler and the Nazis
would not only have been right but we should all have embraced
their winning  startegy.

on the other hand the snp who were always on the losing
side of the argument should have given up and accepted
Labour hegemony long ago.they didnt and now we see the
result. which according to Professor Fielding
just cant happen ????? well what went wrong there.
although whenever the Left anti austerity is unelectable
in the UK is challenged by the reality of the snp tsunami
the usual response is........speechlessness and then  change
of subject.

These people the Kendalls, Hunts and Umunnas may as well join the
Conservative party or failing that be up front about   amalgamating the
labour party with the conservative party no more surreptitious
torylite just a truthful unambiguous political party with one common
belief  .

This strategy has the one merit of being
HONEST

UnrepentantBennite93 puts it well
This is the second anti-Corbyn article by Professor Fielding in the span of a week.
Once again, it involves a caricaturing of Labour's left position and a seeming desire to give up progressive politics altogether.
First of all, what is politics about if not trying to convince people of your view? It's not about shouting, "Well, you're wrong!" in the face of the electorate and then storming off to your room. That's a complete caricature of the left's position (I accept though, that caricatures are often born from a grain of truth). My concern is we'll move to "where people are" (are they there really?) and stay there, moving no further in the direction of our professed values (left) and only pitch further and further right as the Conservatives win ideological battle after ideological battle mainly because we will fail to put up any challenge at all.
And the second point leads on from the first: politics isn't about being right, it's about being convincing. But with Corbyn we could be both.